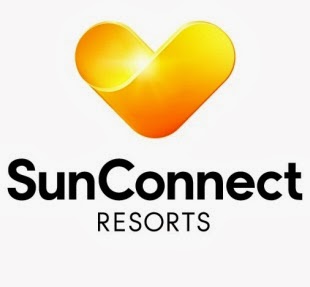 Sometimes articles suggest themselves to me in odd ways. "Let's All Meet Up In The Year 2030" (http://alcudiapollensa.blogspot.com.es/2013/10/lets-all-meet-up-in-year-2030.html) was one such. I had Pulp's "Disco 2000" in my head and somehow that developed into the article. It was a song with heavy nostalgia, a peculiarly inverse nostalgia for a time in the future, as the song came out in 1995. Let's all meet up in the year 2030 was, therefore, a look at the future through the nostalgia both of the present and of the not too distant past. Pulp, in a tribute form, were the article's anchor for a nostalgia different to that of the Deborah of "Disco 2000". It was one for Mallorca's tourism.

Tribute acts are probably one element of the current-day tourism scene that will not be with us in 2030. The article was futuristic but it was plausible. Visions of the future take what exists in the present and fly off into the blue sky and attempt to actually visualise the future. The trademarked Tourist Integrated Televisualistion System may have been a convenient invention to have come up with an ooh-er acronym, but it was chosen for a purpose. The future of tourism will be transmitted and visualised. And in a way it already can be. The tourist sunglasses in the article were an extension of what Google Glass is.

Tribute acts will cease to be if visualisation is such that actual artists and performers can be re-created as virtual reality on a hotel complex stage. Far-fetched? Maybe so. But can such a possibility be dismissed? It wouldn't be all bad news for live performers, though. The hotel of the future will have ever more lavish actual entertainment. The bad news, possibly, will be for venues which currently offer such entertainment.

And this will occur within all-inclusive complexes. The all-inclusive, with ever more sophistication and variety, is the future of tourism and not just in Mallorca. It will form a holiday offer that also exploits technology and which appreciates consumer behaviour and demands. It is the future, and there is no going back.

The debates and arguments we currently have about all-inclusives, indeed about different aspects of tourism, are too rooted in the past and in the current-day. Those to do with all-inclusives are sterile, repetitious, uncomprehending, nostalgic. They do not look into the future, possibly because the future can seem too grim to contemplate, except to parrot ad nauseam the ghost-town image. But we are at a point where it is futile to nuance arguments about all-inclusive as they have been for several years. We are at a point where it has to be understood what all-inclusives together with technology and shifts in consumer needs mean for the future.

Until we address this future, we cannot move on. And by we, I mean the regional government, businesses of different types and those who work in the tourism industry. And if you think it is difficult to project into the future, then you are wrong, because you are not taking into account what is already occurring.

I'll give you one example. In 2014, the Rosa del Mar hotel in Palmanova will be one of an initial offer of ten "SunConnect" hotel resorts. This is a new concept from Thomas Cook. SunConnect is in response to customer demand for "high-tech, high-touch experience". It will be a holiday experience that uses digital technology through a website, free wifi, a teen zone for games, booking of daily activities through smartphones and tablets. It will be supported by a "ConnectScout", a holiday host who will facilitate digital activities for the whole family. The RepBot of my article might not have been as fanciful as it might have seemed.

These hotel resorts will be all-inclusive, and just consider the "booking of daily activities". Where will these be? In the hotel resort and increasingly so over the years. Don't forget that in Mallorca, the tourism law permits hotels to introduce secondary activities that were once the sole preserve of businesses outside the hotels. This legal provision together with the all-inclusive operator's need to provide an ever-growing range of activities of ever higher quality is a reason for entertainment venues to be hugely concerned.

But do they have to be? As hotels turn themselves into "smart" complexes with connections to an increasing array of activities and offers, so they may expand and create "smart resorts", namely clusters of businesses currently outside the hotel. These businesses could, though, be brought inside. Physically so. To achieve this would require remodelling parts of Mallorca's current tourist resorts, but this is also happening; Melia in Magalluf is the first step.

The technologically connected, smart all-inclusive resort of the future would not want to limit itself in terms of what it can offer. It would, therefore and in effect, take over parts or all of current resorts. New business models would need to be established, and businesses as they are today would have to adapt to the brand image of the smart all-inclusive, but it is not impossible to envisage a situation in which a variety of businesses form part of an, if you like, resort campus, all of them connected through technology and all of them part of one branded hotel complex. And these clusters might be complemented by businesses not in the immediate vicinity, so entertainment venues, for example, might move their operations and become a part of a vast hotel complex.

Behind all of this, financially and strategically, will be major tour operators, the leading hotel chains and foreign investment. This latter element is already in place, as with Melia, while TUI is part Russian-owned. There is more to come and which is coming. From Russia, China and the Middle East. And with this investment comes a changing tourist market in terms of origin and value. Again, this is already beginning to happen.

There will be casualties, as there already are and have been casualties. It is for this reason that the regional government has to understand how the smart all-inclusive of the future would operate and what this would mean for general economic welfare. For too long it has shown a total lack of appreciation of the wider economic and social impacts of the changing tourism market. But then, this lack of appreciation has been one shared by many and not just by government.

The future is here. It is time to shed off the past and understand what it will bring. The vision of 2030 was not so wide of the mark, and it isn't so far away.

Photo: The Thomas Cook SunConnect logo. SunConnect is just an example of the move towards smart holiday complexes.