The Image Of Mallorca's Towns 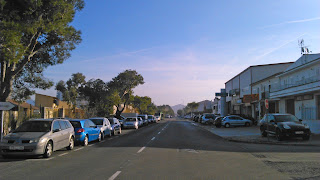 Let me tell you about three towns. Or rather, let me tell you about their points of traffic entrance and visual appearance. They are three towns with which I am very familiar. For those of you who don't have intimate knowledge of Alcudia, Muro and Pollensa, you may nevertheless recognise similarities with towns of which you do have such knowledge.

The main road leading into Muro from Can Picafort is, until you arrive at Muro, a pleasant cross-country drive, characterised by farmland devoted to the agriculture of the area. But as you enter the town, you are confronted by several warehouses and a large petrol station.

Pollensa doesn't have quite the same traffic arrangement. The main road from the motorway skirts past the town, but the immediate view of the town can leave one somewhat impressed, as it is one primarily of apartment blocks.

For both Muro and Pollensa these external images are in stark contrast to what one discovers in their centres. Pollensa is one of Mallorca's finest old towns. Muro also has splendid appeal, courtesy of its imposing church plonked right opposite the old town hall building.

Alcudia, the town, doesn't have quite the same visual impediments in its more immediate entry points. However, if you take the main road from the motorway into the port area, you can look to your left and see Sant Jaume church in the distance, with what seems like neglected scrubland in the foreground. If you take an alternative route into the port area, the Avenida Tucan, you see more such scrubland (really parts of the Albufera that have been allowed to remain and, in some instances, poorly maintained). This same route reveals large garage workshops and an Eroski supermarket.

The mayor of Alcudia, Antoni Mir, told me some months ago that it was his wish to improve these entry-point visual images. The mayors of Muro and Pollensa, Martí Fornes and Miquel Àngel March, may harbour similar ambitions for their towns, albeit that in Muro one of those warehouses has been acquired by the town hall, at not insignificant cost, to be used as a centre for the town's services' operations.

The Council of Mallorca, through its councillor for land, Mercedes Garrido, is coming up with a landscaping plan for the island's towns. Under this, all departments at the Council would need to take account of aesthetic requirements when contemplating projects, such as with road building. Town halls would need to minimise visual impacts of projects that are their responsibilities. The Council isn't saying that there would have to be immediate alterations to the landscape but is saying that, bit by bit, the images of warehouses and what have you would be removed from the entry points.

The plan, on the face of it, has a great deal of merit but it may encounter issues of practicality, to say nothing of will and finance. There have, however, been examples of this will in the past. Pollensa is a case in point. Some while ago, there was meant to have been a project involving the university to shield the image as one drives along the main road. What's happened to the project, I can't say, but in principle it was a sound idea. Greening the exterior of the town could only be of benefit and not just for improving the view.

However, doing something similar elsewhere might not be feasible. In Muro, for example, there wouldn't be the room to plant trees in order to shield the warehouses. For the Council of Mallorca, the option would be to relocate these. But where? A solution would be an industrial estate. Muro doesn't have one.

The industrial estate option, though, has its own drawbacks. An estate can itself provide a less than pleasing aspect. In Pollensa, a different entry point takes you past the town's industrial estate, now dominated by large retail outlets. Moreover, unless an estate is firmly controlled, which is generally not the case, it is subject to speculation, high rents and the influx of showrooms and entertainment centres. The smaller business is thus penalised.

The point is that warehouses and other manifestations of commercial and industrial activity have to go somewhere. Might it become, therefore, a case of removing one problem but creating another in an alternative location, even assuming that an alternative could be found? The Council is pretty strong in not wanting there to be new commercial developments. Planning permissions would be difficult to obtain.

Such issues may not be insurmountable, however. The Council's plan draws on landscaping recommendations from the European Union that are being adopted elsewhere. It is a plan that is laudable as there are various examples of unappealing images in addition to the ones cited above. I give you, for instance, Inca as a case in point. Smartening up town's exteriors can only be a good thing.

* Photo of Avenida Tucan in Alcudia, leading to the port.