Alcudia: Some tourism and other issues 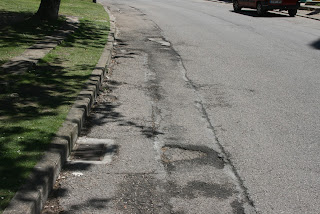 Some selections from a detailed discussion with Alcudia's councillor for tourism, institutional relations and public works, Joan Gaspar Vallori.

Investment
The town hall has a great deal on its plate in terms of infrastructure projects. These include work on the sewage-treatment plant that is due to start in September and will take fifteen months to complete. Meanwhile, there are some other major works in the pipeline, such as the renewal of the street lighting all the way along the Carretera Arta from Magic to Playa de Muro. This is to be replaced with LED lighting, which is more economical and efficient to run.

There is also, starting in August, a project for the wall and general area from the Porta Sebastià to the Porta Roja in the old town, something important for the town's patrimonial heritage. A further project, to start later this year and concluding next year, is for a new tourist information office in Ciudad Blanca. This has been on the cards for a few years, but is now budgeted for. The new office will be in the Avenida Palmeras, i.e. the road that leads to the beach from the small roundabout at the top of the Bellevue Mile. It has been felt necessary as the existing office is not in the best location.

Cruise ships
This new office leads on to Joan's tourism portfolio, and a key theme for the town hall is the continuing development of cruise-ship tourism. Joan says that any controversy about cruise ships is an issue for Palma, the situation is obviously very different in Alcudia. In his words, it is a "boutique" port that will bring in luxury liners with limited passenger capacity but tourists with high spending power.

But do the tourists stay in Alcudia? This is a question that the town hall is well aware of. Joan notes that other parts of Majorca, such as Valldemossa, are very attractive, but the aim is to have cruise tourists visit parts of Alcudia. To this end, there is work being done to develop an "excursion Alcudia" product that would include, for instance, the Roman town.

In Palma, one of the arguments about cruises is the level of spending by passengers. Critics say it is comparatively low. In Alcudia it isn't yet possible to provide any clear indication what this is because the number of ships that have visited since the commercial port terminal was opened has been low. But data on spend is something that is being worked on.

Holiday rentals
One of the great debates at present in Majorca is the regulation of holiday rentals. Joan says that there have as yet been no discussions with the tourism ministry as to how this regulation might be implemented, but in his opinion it will be difficult to put something into place in the municipality within six months after regulation comes in. (There is talk of zones being created in municipalities where holiday rentals will be permitted and where they will not be allowed.)

He accepts that it is a complex subject and also a contentious one, not least because the town hall is very aware of the pressures on accommodation for young people and seasonal workers. These have increased because so many apartments are being made available to tourists, and they represent, as he stresses, a very different situation to a chalet or a finca. There is also, he appreciates, the issue of "co-existence" in blocks between apartments used residentially and touristically. It isn't straightforward.

Bellevue
Joan confirmed that BlueBay's project for a total redevelopment of the Bellevue complex remains very much on the cards. The town hall looks upon this very favourably, he observes, and will do all it can in order to facilitate it, which means licences and permissions. There is as yet no time frame as to when work might start, but there is regular contact with the BlueBay management; the most recent meeting was some three weeks ago.

Something else that came up regarding Bellevue was the confusion that surrounds responsibilities for the roads and other services on the complex. The roads in particular are in a poor condition. Joan, wearing both tourism and public works hats, says that roads, street lighting and maintenance are not the town hall's responsibilities.

The photo here shows the state of part of the road passing by the Siesta apartments: all of it is like this. There is added danger because drivers look to avoid the holes. When there are cars parked on one side, there is even more risk as a result.